Miracle, of miracles, y’all! I found a recipe in the box that stated oven temperature and the kind of baking pan I should be using. I know. It was a big deal to me too, which is why I just had to test out this Golden Raisin Sour Cream Coffee Cake recipe.

This one is actually, fairly straight forward, thanks to Ms. Margot Halderman who gave my grandmother specifics on pan and oven temperature, with preheating instructions, a rare find in the family recipe box. (Whoever you were, Ms. Halderman, I bet you were a very nice person with an eye for useful details).

The batter for this is incredibly fluffy, and pretty tasty even when uncooked, so consider yourself forewarned. I chose to use butter instead of margarine because it was what I had on hand, which I creamed it on medium speed with sugar, stopping to scrape the sides of the bowl a few times. (If you try it with margarine, leave a comment and let me know how it turns out). Then I blended in the other ingredients alternatingly, doubling the number of raisins.

Pro Tip: This recipe calls for less oil or fat than many other coffee cakes, so consider soaking the raisins in warm water for a few minutes to help retain some of the moisture.

I then moved to the toppings, where Ms. Halderman and Grammy were a little less specific. I opted to melt the butter, then chuck everything in a bowl together, mixing with a fork. This is another area where I wasn’t too concerned with quantities and definitely chucked in more cinnamon and pecans than the recipe called for.

Next, Using a spatula, spread the cake mixture around a greased and floured pan. Don’t worry about being too exact. The cake will puff up and a slightly uneven spreading job is what will give it that distinct coffee cake wave. Then, sprinkle the topping over the batter. If you fall victim to overzealous sprinkling, you can pick the pan up and sort of shake the topping around until it is evenly distributed…not that I needed to do that or anything.

Finally, pop it in the oven and wait for something delicious to come out. Give it a few minutes to cool before you start cutting into the thing and releasing all the steam. (You want the cake to have a chance to soak in some of the baking moisture, so patience is your friend.). 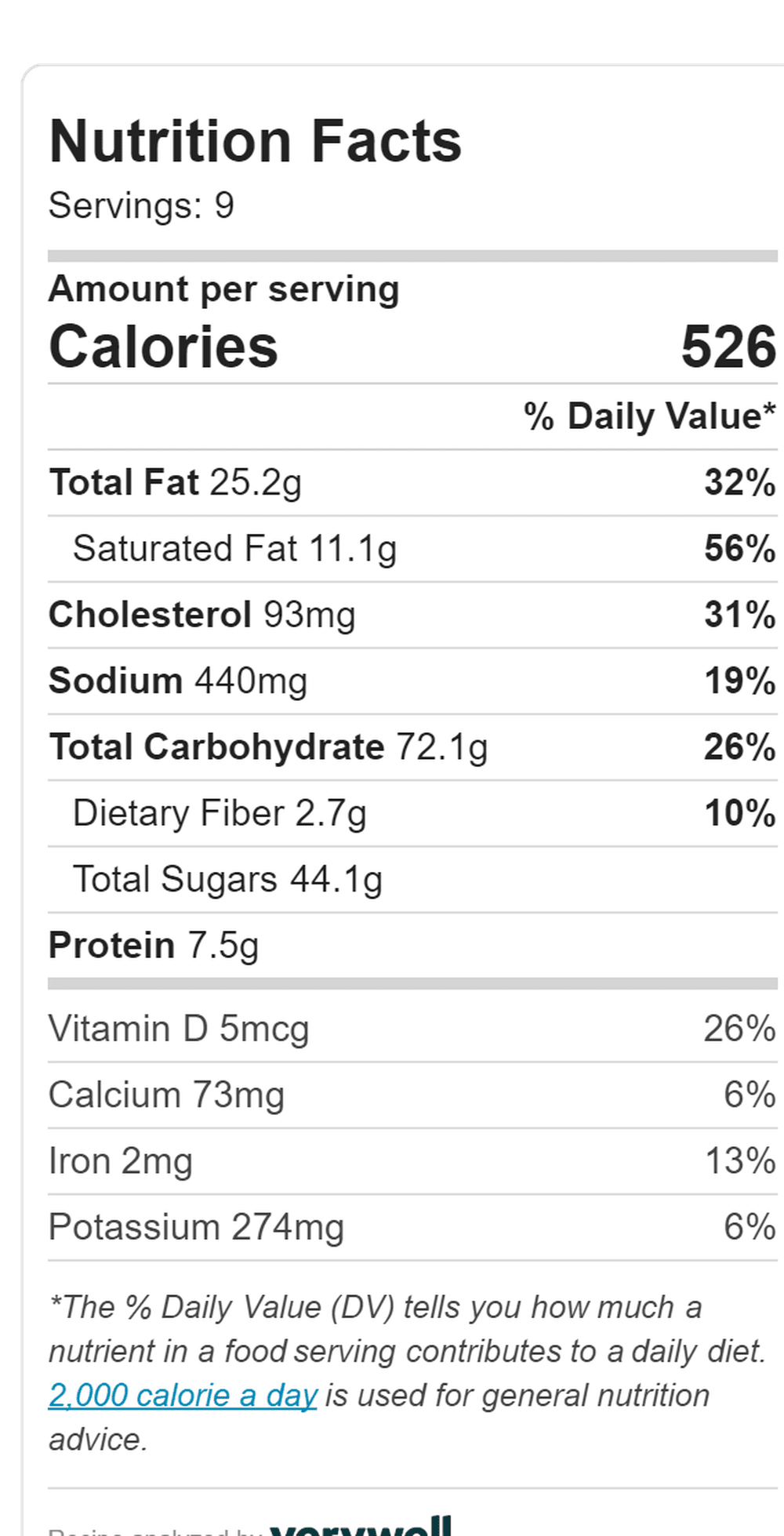 So was it good? It looks beautiful!

It was! That said, soak the raisins, or I think it will be dry since it has like half the fat or a regular coffee cake. (Or maybe add more butter…lol!)