I’m ashamed to admit that I have spent almost no time in San Jose, despite living in the Bay Area for years. I finally remedied that, and I am so glad. San Jose has got it going on! Seriously, it has a lot to offer, so if you are thinking about a trip to the Bay, consider San Jose.

First, I mosied over to the Rosicrucian Egyptian Museum and Planetarium. Y’all, I’m not gonna lie, I rolled up to the building and thought it was a joke. The facade is covered in a special kind of kitsch that is reserved exclusively for Halloween and B movie sets. That said, once I got past the bizarre facade, I appreciated the lovely garden the museum maintains. (Apparently, the building was constructed in the 1960s and hasn’t been updated).

The museum houses the largest Egyptian artifact collection in Western North America. A lot of the artifacts are from later period Egypt which is fun because so much of what you see elsewhere are earlier period artifacts. They have developed an app that lets you go on a guided tour of the museum’s four wings. I am a pretty thorough museum-goer, so it took me about two hours to work through the app and stop to read a few plaques. At $9 for entry, the museum was a perfect and affordable day. Better still, you can throw in a trip to the planetarium for free and enjoy an educational movie about the cosmos, narrated by none other than Whoopi Goldberg.

Pro Tip: Here is where doing my googles would have been helpful. I assumed the Rosicrucians were the family that donated the funds to name the building. Wrong-o! For those who are ignorant (like myself) Rosicrucians are a religious order. You want to know this because Rosicrucians track time differently than BCE/CE. There are a few objects in the museum that are strictly dated in Rosicrucian time, which frustrated me. Look up the time conversion before you go in, or, memorize it now. Rosicrucian time starts roughly 1500 years before the common era.

Bonus Pro Tip: My AT&T reception was right next to zero inside the museum, so don’t count on doing your googles or downloading the app once you get there. 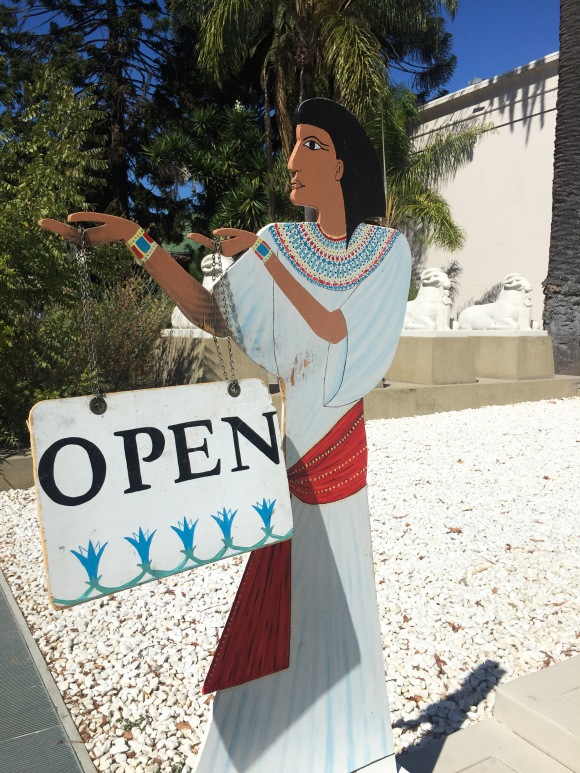 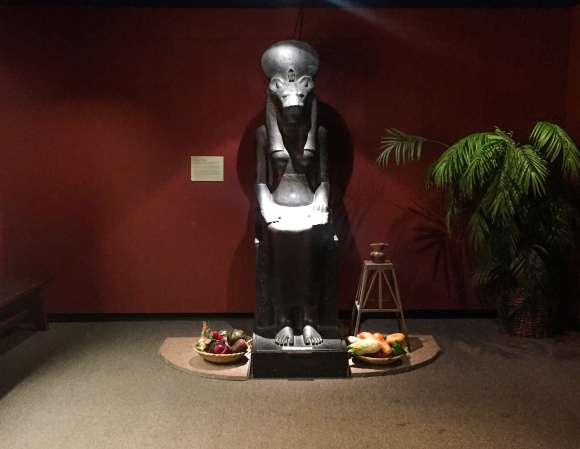 Next, I grabbed a bite at the San Pedro Square Market and explored Downtown San Jose a little more. Not unlike Gotham West Market in New York, the San Pedro market is a lofty space packed with different vendors offering a broad selection of food and drink. Sandwiched between the two market buildings is the Peralta Adobe, San Jose’s oldest standing structure, built just before 1800. The site has a number of placards up to let you know what you are looking at, and how the structure came to be. Even better, there is plenty of outdoor seating, not to mention TVs, so grab a beer, watch the game, and read up on a bit of San Jose’s history while you relax.

After enjoying a drink, I wandered through downtown, to check out Cathedral Basilica of St. Joseph, a jaw-dropping minor basilica. A service was taking place, so I did not snag pictures inside, but I promise you, it is well worth poking your head in. If you stop by, pay special attention to the dome, which was completed for the third time in 1885 after the first two churches were destroyed by earthquakes. Its worth noting that the basilica was the first parish established without a mission in California, giving it a unique place in the state’s history. Next, I walked across the street to check out a few other historic landmarks, including the former post office, turned art museum. Built in 1892, it looks more like a castle than a municipal building, thanks to the vision of Willoughby J. Edbrooke aka the man behind the White City at the Chicago World’s Fair.

Pro Tip: San Jose has some fabulous street art. The city has put together a nice guide to walking around so you can enjoy the public art. 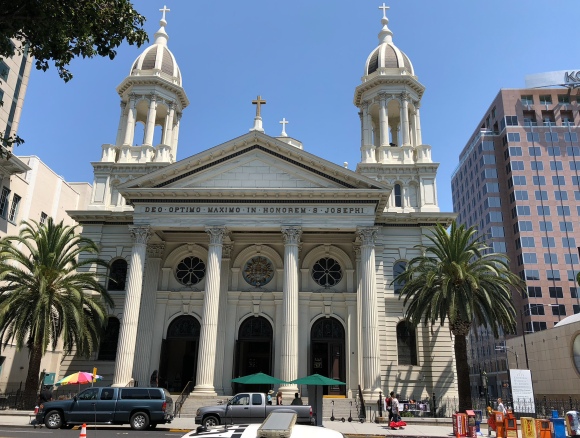 Finally, I met some friends for a candlelight tour of the Winchester Mystery House. If you are thinking, “like the rifle?”, you would be correct. Sarah Winchester was the widow of William Winchester, heir to the Winchester repeating rifle fortune. After her husband and infant daughter died, Sarah consulted an occultist, Adam Coons, who claimed to be a psychic. Coons told Sarah she was cursed by the spirits of those killed by the rifle baring her family name. In addition to swindling her out of thousands of dollars, he also convinced her to move to California and never stop building her home. Hence, Sarah moved to San Jose and began constructing the behemoth Winchester Mansion in 1884, and worked on it for 38 years, until her death in 1922.

The candlelight tour is a special Halloween themed tour, focused on the haunted aspects of the house. I had a blast being creeped out for an hour, exploring the twists and turns of the oddest house I have ever been in. There are stairwells and hallways to nowhere. Random doors and windows are inserted in places all over the house, including the floors. Closets open on to other rooms, some wings are completely unfinished, while others have four fireplaces. It is fascinating, and now I want to go back and take the not haunted tour just to learn more about Sarah, Victorian grief traditions, and the building process.

Pro Tip: The mansion is built to the specifications of a tiny woman, if you are claustrophobic, this is probably not the ideal site for you. The hallways are narrow and very low ceilinged. At 5’4, I fit comfortably, but anyone over 5’8 will need to duck through doorways.

Bonus Pro Tip: Full disclosure, the tour is family friendly, my friends and I are just wimps. If you have children 10+ make it a family night and go. So much fun! 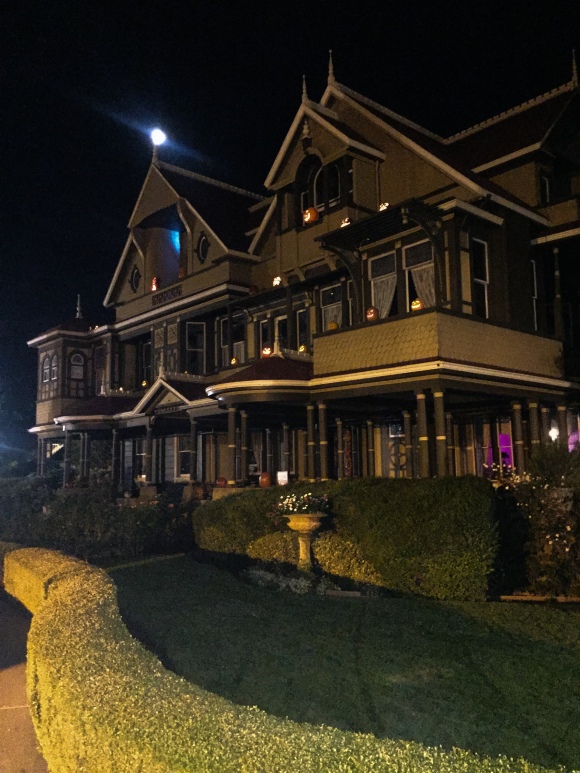 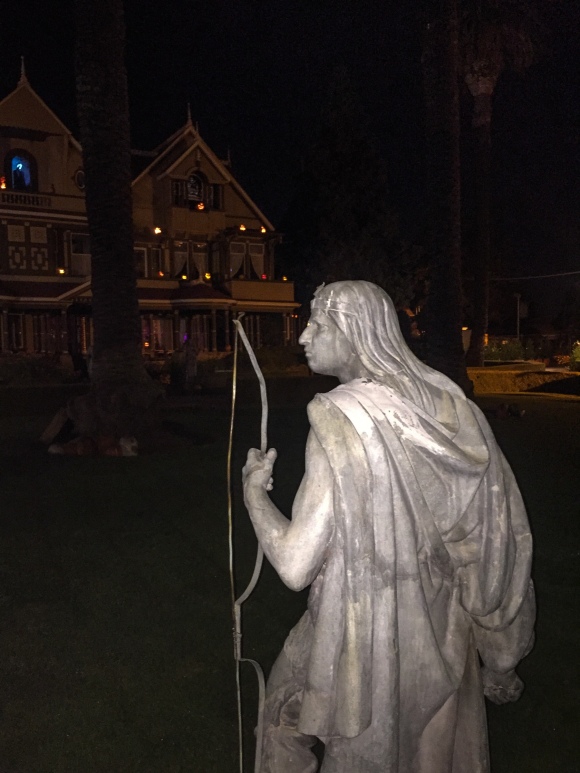 Bill’s Cafe: With a few of locations on the peninsula, this place does a bustling business and there is a reason for it. It reminds me of hometown diners–nothing but old-fashioned classic Americana.

Zeni Ethiopian Restaurant: Located in a strip mall, next to a dollar store is a Zagat rated restaurant! Don’t let the location fool you, this place is good. If you are a meat eater, go in for kitfo, aka spicey beef goodness and a glass of the honey wine. It is affordable and delicious. Expect a wait, but you won’t be disappointed.