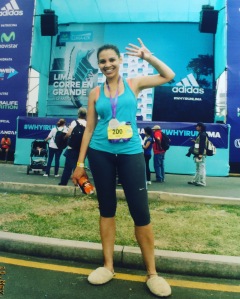 Ok, so I know it has been a while, but if you have been paying any attention to my social media, you know I have been pretty busy. If you haven’t and you want the cliff notes version of this post, go visit my Instagram and skim the pictures.

For those of you who are invested in the long form story, CONGRATULATIONS, you are in the right place. One of my less expected hobbies is marathon running. More specifically, trying to run a marathon on every continent. Now before we go any further, let me disabuse you of a few notions associated with distance runners.

Really, the only things I have going for me are the only thing distance runners really need. Sticktuitiveness and the ability to suspend sanity for hours at a time. Really, that is all you need. There is no magic, just a will to keep running when you have moved well beyond #SoOverIt past #JesusTakeTheWheel right to #IsThatYouLucifer? So now that we have the prerequisite “why run?” explanations out of the way, I can show you all my trip.

The stunning view from our hotel’s walking trail

The llamas I thought wanted to kill me (Spoiler: they didn’t).

We made the ultimately dreadful choice of starting at literally the highest altitude possible, the gorgeous Lake Titicaca. Trust me when I tell you that altitude sickness is not a joke – go to your doctor and get the professional stuff. Even with the pills, I still got knocked on my ass for a day. My poor mother (lovingly called Alabaster the Magnificent) was out of commission for five actual days. Luckily we stayed in the best hotel ever. Just off the beaten path, the Mirador de Titicaca is a hidden gem. The hotel is quiet and the staff couldn’t have been more kind.

Luckily, there is not much do to in Lake Titicaca except relax and enjoy the natural splendor, so the altitude sickness and the take-it-easy-attitude went hand in hand. I pulled myself together enough to go on a short hike around the hotel’s trails and catch the photos above. I also thought I was going to experience death by llama after the whole herd came running at me…turns out my train was right next to the good food. They did not care about me at all. 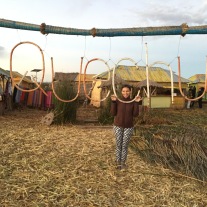 On the main reed island

Reed “fields” and the lake by day

Alabaster and I managed to rally just long enough to check out the lake and that was well worth it. Not only is the history of the people who inhabit the floating islands fascinating, but the lake itself is stunning.

The Train to Cuzco 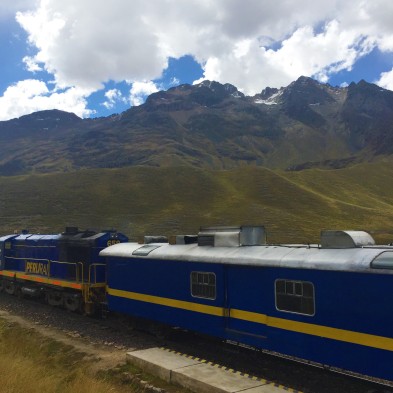 After spending a day in Lake Titicaca, it was time for mom and me to hit the road.

Here is a pro tip: Most locals take a bus to Cuzco, so be super clear with your cab driver about where you are headed. Alabaster and I did not make ourselves clear and wound up at the bus station. On the upside, we were there early enough that I found us a motorcycle cab (aka a death trap that Alabaster thought we would end our lives in) and negotiated a hop over to the train station.

Another pro tip: Don’t take the bus. Take the train. The Andean Explorer to be more specific. It is the best way to see the landscape. And despite the fact that you look, feel and are acting like a bougie tourist, it is fun. Like enough fun that you don’t really care about the sheer touristy-ness of what you are doing.

Alabaster has a meal! 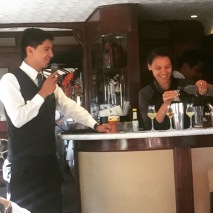 As photographic evidence proves, I learned to make a Pisco Sour (which is MAGIC), listened to a couple of bands, and ate a bunch of delicious food. All while getting to see some of the most beautiful terrain anyone could ever imagine. Trust, me I have climbed actual mountains and seen a lot of the world. The view alone is worth the cost of the ticket.

Stay tuned for Part 2 of the Trip, aka Machu Picchu!

One reply on “Peru: Part One”